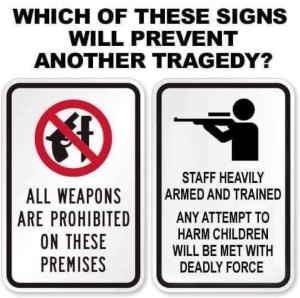 Not that I don't agree, but how do you handle someone fully encased in body armor? The Buffalo gunman was shot by an armed security guard. Didn't stop him, and the guard was killed. Same in Uvalde. While the police should have stormed the school sooner, two armed guards were wounded trying to stop that gunman, who was also in body armor. It took a trained sniper to take him out.

"Fully encased" is never the case w/body armor. There's always a weak point, usually neck/head. And enough rounds into the lower torso/legs will stop anyone.

Further, a .30-06 will go through ALL body armor except military ceramic-plate; even then, it will knock the bejabbers out of the wearer.

The body armor rumor in Texas turns out to be false. It was an empty plate carrier, which is no more bulletproof than other fabrics.

Still, the answer if it does come up is to engage, fix them with fires, and then bring up sufficient weapons to finish. As Dad points out, any hunting rifle will suffice.

Even military ceramics will only stop one, because they stop it by shattering. That disperses the impact force, but it only works once.

Without first responders having paramilitary capabilities, you're just going to have to wait for those capabilities to arrive on scene. If you want local LEOs to perform in Delta-like fashion, then you'll have to train and kit them as such. Expecting a minimally armored LEO to successfully enter a kill funnel to identify and subdue a suspect is the stuff of Hollywood. As it is it took at least 30 minutes for them to even round up a ballistic shield.

If the lefties had their way the first responders in Uvalde would have been social workers backed up by cops with nothing but batons. Almost like they have money down on the psychos to win.

We now know that the Uvalde cops had plenty of training and body armor.

They didn't have the brains to ask for a key to the room, nor the courage to enter and fix the target with fire.

Hollywood? No. It's what cops are supposed to do.

Now we've all learned to go to default: carry.