The Safari Principle vs. the Common Good

Sundance tells us about "The Safari Principle" which would negate the duty of defending one's family and/or village/town from marauding tribes, Communists, People's Revolution thugs, BLM members, (etc.)

...In essence the underlying elements of the Safari Principle narrative begin with a pretense that victims of the mob, any mob or individual predator, have no one except themselves to blame because they did not follow the rules of the safari.  When in the proximity of any person, event or situation that is engaged in an unlawful act supported by the political left, you are not permitted to exit your vehicle or engage in activity that will lead to your targeting....

The essay goes on to explain that the Safari Principle has been in effect since George Zimmerman, the 'white Hispanic.'  Other instances include Ferguson and almost any city in America after "St." George Floyd.

It's exactly the principle used by Kimberly Motley, lawyer for "People's Revolution" who filed a lawsuit against the Wauwatosa Police Department alleging that officer Jos. Mensah should NOT have performed his duty by shooting several individuals who were shooting at him.

See if this is familiar:

...the grievance advocates pointed out Officer Wilson was ultimately to blame for shooting Mike Brown. If Wilson had followed the Safari Principle Mike Brown would still be alive today....

Substitute "Kyle Rittenhouse" for "Officer Wilson" and "Huber/Rosenbaum" for "Mike Brown" and that's exactly what's been said by the Left, including such sterling intellectuals as Mayor Tom Barrett of Milwaukee.  I need hardly remind you that Barrett's responsibility is to peace and order in his City, not to riots, looting, and thuggery.  Maybe Barrett has forgotten that in his old age.

Below is the position that is demanded by The Mob.  It's one we won't take. 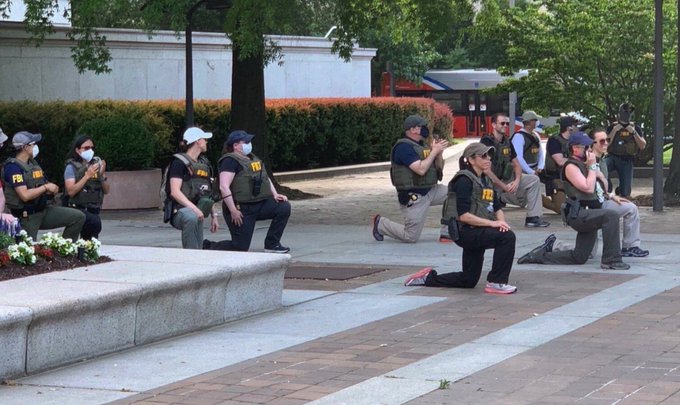