Whenever you see the name "Marcuse" pay attention.  He was a "New Leftist" who FDR allowed into this country because he was a 'refugee.'  He worked for Casey's CIA, criticizing Communism's materialist analysis, but expanded 'critical analysis', setting it up in complete and total opposition to Natural Law.  Philosophically, he was a fore-runner of Derrida and as you'll see below, an advocate of Nietzsche's "Will to Power", the slogan for which was 'the transvaluation of all values.'

Much of what you see in the brief synopsis below is visible in the Obama/Biden/BLM movement. (Click on the image to embigulate). 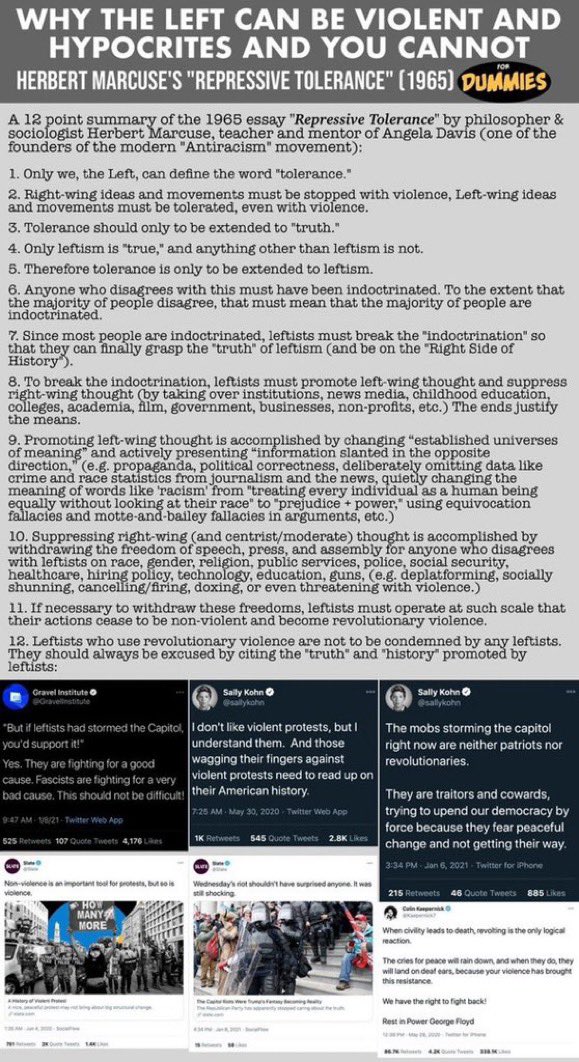