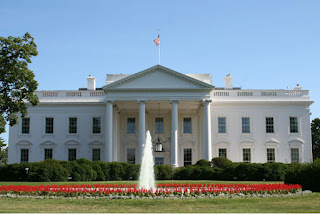 You didn't build that.

Obama does not know truth.
Solzhenitsyn knows truth, listen to him at the link.

I was thinking the saaaame thing.

You lefties are lazy, Liars, and ultimately thieves.......but that is what makes you lefties after all......

Here are the facts from wikipedia


Construction
Construction of the White House began with the laying of the cornerstone on October 13, 1792, although there was no formal ceremony.[11] The main residence, as well as foundations of the house, were built largely by enslaved and free African-American laborers, as well as employed Europeans.

[12] Much of the other work on the house was performed by immigrants, many not yet with citizenship. The sandstone walls were erected by Scottish immigrants, employed by Hoban,[13] as were the high relief rose and garland decorations above the north entrance and the "fish scale" pattern beneath the pediments of the window hoods. The initial construction took place over a period of eight years, at a reported cost of $232,371.83 (equal to $3,182,127 today). Although not yet completed, the White House was ready for occupancy on or circa November 1, 1800.[14]
Shortages, including material and labor, forced alterations to the earlier plan developed by French engineer Pierre Charles L'Enfant for a "palace" that was five times larger than the house that was eventually built.[13] The finished structure contained only two main floors instead of the planned three, and a less costly brick served as a lining for the stone façades. When construction was finished the porous sandstone walls were coated with a mixture of lime, rice glue, casein, and lead, giving the house its familiar color and name.[13]
As it is a famed structure in America, many replicas of the White House have been constructed.

The wikipedia article says "largely by enslaved and free African-American laborers, as well as employed Europeans."