A little of the 'operative language' from the Declaration....

That to secure these rights, Governments are instituted among Men, deriving their just powers from the consent of the governed,...That whenever any Form of Government becomes destructive of these ends, it is the Right of the People to alter or to abolish it, and to institute new Government, laying its foundation on such principles and organizing its powers in such form, as to them shall seem most likely to effect their Safety and Happiness.

But when a long train of abuses and usurpations, pursuing invariably the same Object evinces a design to reduce them under absolute Despotism, it is their right, it is their duty, to throw off such Government, and to provide new Guards for their future security.

The Founders did it once, and it can be done again.  Be prepared. 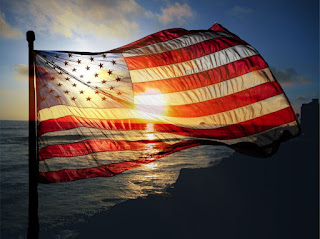