Barrett's Pal Fetzer. I Can't Make This Stuff UP! 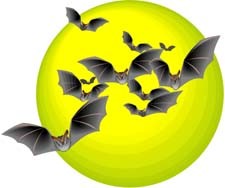 Kevin Barrett's best pal is some nutbag named Fetzer. He's moving to the Center of Moonbattery, (greater Madison) to join in the comraderie of the UW-Madistan Kampus Kids.

Here's a sample from one of his interviews:

FETZER: "They're building these detention camps all over the country [...] I just think there's going to be a huge group of us marched off to these detention facilities when they perform the next phoney attack on the US, suspend the constition and turn the American military against the American people."

FETZER: "What's going on with this chemtrail business? What's the purpose of it, what's it accomplishing?"

DEAGLE: "Well its primary purpose is threefold. Number 1 it's to turn the air into a plasma so they can have geo-tectonic effects using scalar satellite-based technologies to trigger what's called the 'peizo-electic slip threshold' with specific harmonic frequencies of any [earthquake?] so they can trigger off an earthquake as a weapon anywhere on Earth, like the Bam earthquake in Bam, Iran that occured a little over a year ago. They can also set up what's called a trans-dimensional vortex..."

FETZER: "Just to translate this for some of our listeners because you're using a lot of very technical scientific language - what you're saying, Bill, let me translate it, is they can affect the weather, that they're doing things that will make the atmosphere more useful as a medium for using HAARP technology to bring about events like earthquakes, hurricanes, the whole bit."

Looks to me as though Chancellor Reilly has another potential UW-Mad lecturer. PolySci? Physics? Geology?

I'm sorry you either weren't bright enough or didn't work hard enough to get into the great state university. You can drop the severe case of penis envy at any time, however.

I hope you aren't/weren't someone "bright" enough to get into "the great state university"(although nowadays it doesn't take someone all that bright to even get in). How the original post had anything to do with penis envy is beyond me. But your response would be typical of that spewed by many on the UW campus when they want to feel superior.

Yah, James--that's why it's a "Great" state university. The students go directly to 'penis envy' argumentation. Makes no difference what the topic is...

I am using the trans-dimensional vortex myself to help my golf swing. However, the peizo-electic slip threshold' with specific harmonic frequencies are causing my putts not to go in.

Dear, dear, James -- Your ignorance is profound and on display for all the world to see. Well, mabe that thin slice of humanity that slithers around in this ooze.

Of what are you profoundly ignorant?

"...although nowadays it doesn't take someone all that bright to even get in..."

Pasted below you will find the profile of the students admitted in the fall of 2005. So that you will fully grasp, "85-96th percentile" means that 25% of those admitted were in the top 4% of their high school classes -- or higher -- and fully 75% were in the top 15%. There isn't a college or university in the state that is remotely close to these numbers and remember that the admission criteria to be applied in 2007 in the other UW campuses have been part of the admission process for years at Madison.

Here are the general qualifications of our admitted students. These figures are not cutoffs. They are the middle 50% range for each indicator, so 25% of admitted students fell below the range and 25% placed above it.

Anony, leaning on class-ranks and test scores as props for "greatness" in a university is myopic.

UW-Mad has some grads who are terrific, and some who are schmucks--just like Georgetown, Harvard, USC, U of Chicago---we can go on.

Obviously, Kevin Barrett is a very bright guy, too. He got his Ph.D. from UW-Mad.

THAT helps you make your case, no?

For your asinine comments, you've been removed.